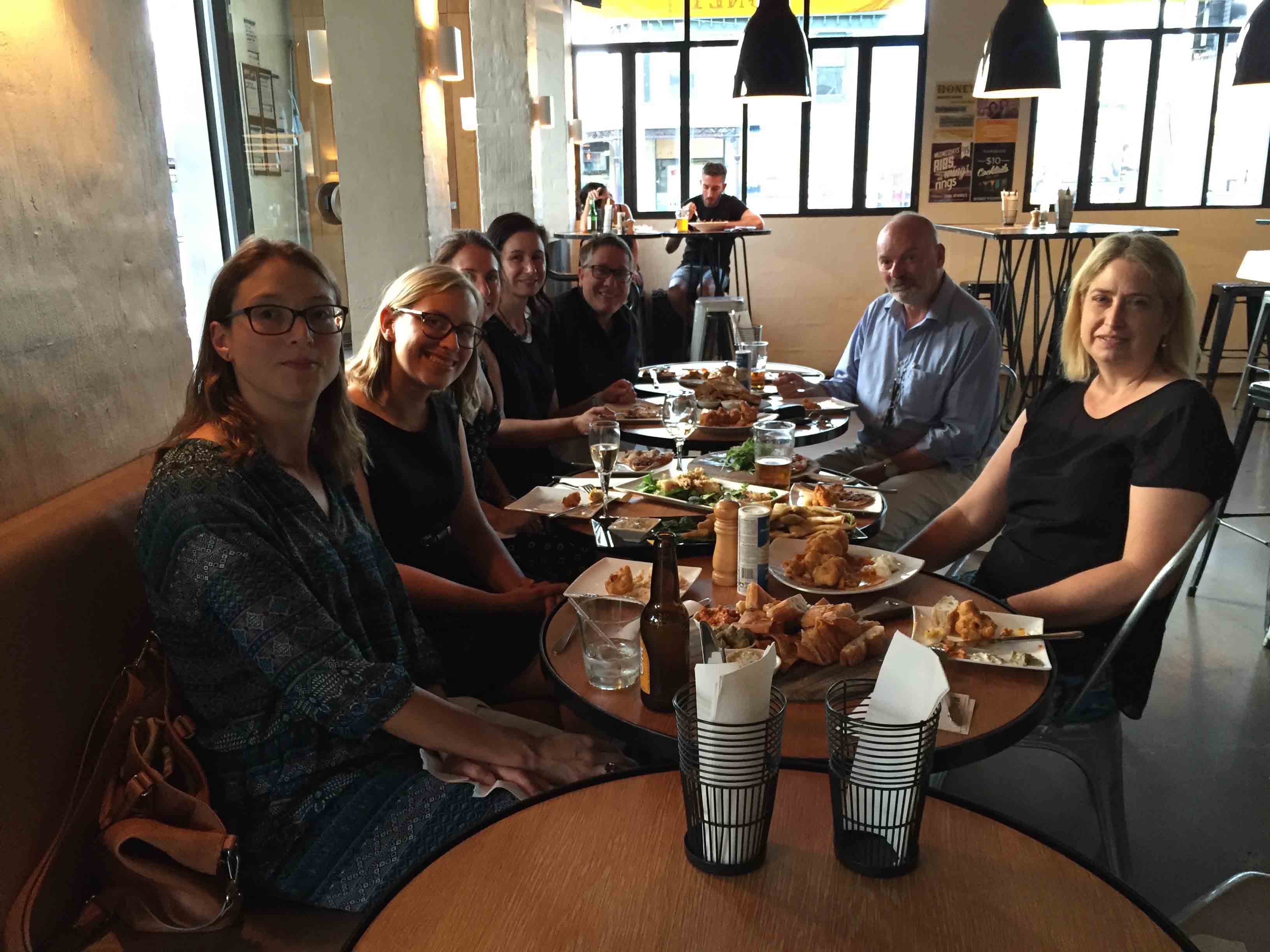 On one of Melbourne’s warmest nights, eight AMWA members braved the heat to look for a light beverage and air-conditioned comfort at the Honey Bar in South Melbourne.

Over platters of tasty food, the group talked about the perils of starting your own freelance writing business and the joy of being in control of your own destiny. A couple of members confessed to being a little nervous about attending their first networking function, but were soon put at ease by the others who described their first “outing”.

Quite a few members expressed a need for more of these events, where members can informally and freely talk about their experiences and seek tips from those who have faced the same dilemmas.

Thanks to everyone who attended. It was a pleasure to meet you all and we hope to see you around the traps again.

Back to Blog Home